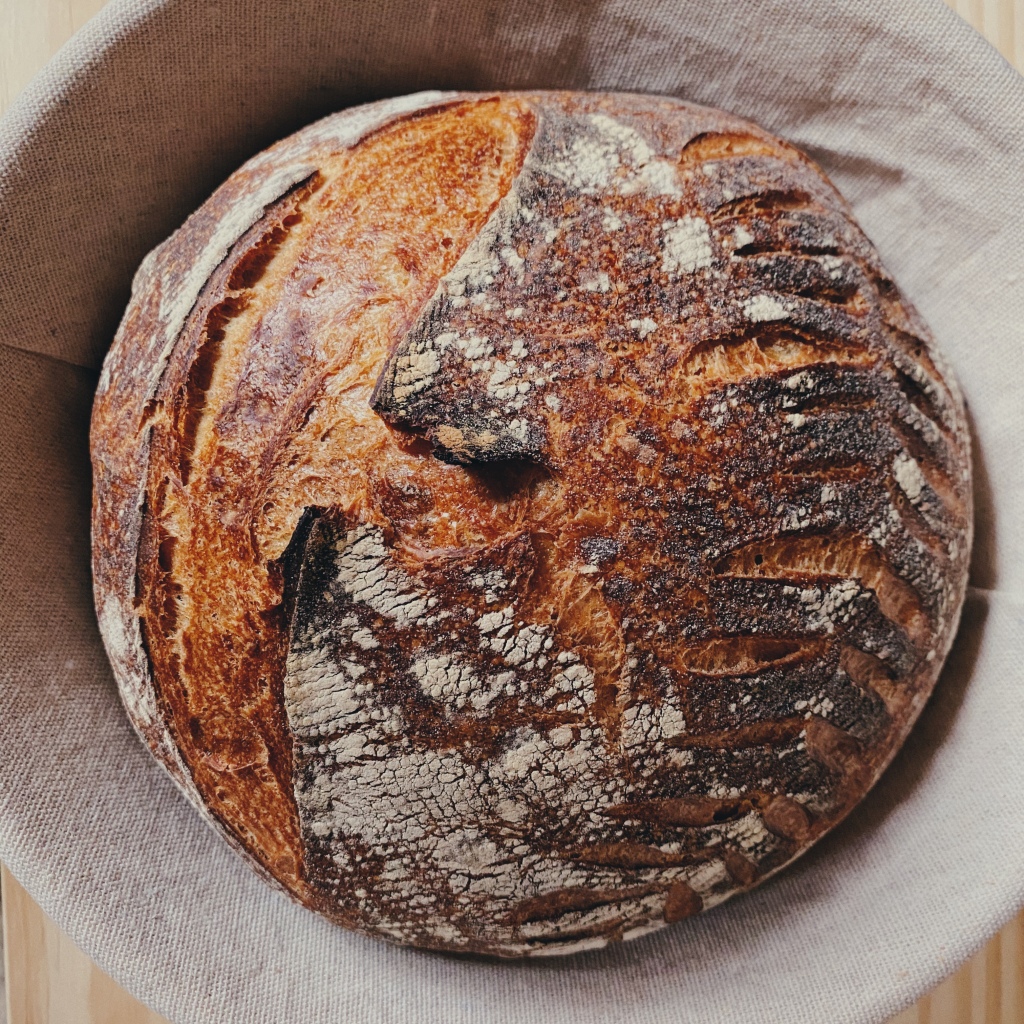 Processed with VSCO with ka1 preset

Like most things one does in one’s early 20s, I took for granted my first kitchen job. I worked in the pastry department of a restaurant with a whole animal program, a commitment to using local produce so serious it prevented them from putting sliced tomatoes on their hamburgers in winter, and a pair of sourdough starters that powered most of our leavened baked goods.

As the new person on the team, it was my job to feed the starters. I thought of this as a task from which the sole purpose was to graduate — who wanted to be feeding the “babies” when you could be doing the powerful work of mixing doughs or the pinnacle of privilege: using the sheeter for lamination. It was years before I realized just how formative that experience of tending the sourdough starters would eventually be to my skill as a baker.

I have a fairly stressful full-time job, several side gigs, and try to spend as much time upstate as possible while still maintaining a social life here in NYC. I also have a very small kitchen that requires me to use my oven, the top of my refrigerator, and most of the walls for storage. My life and my space are not optimized for the luxurious rituals of sourdough bread baking.

I carefully fed my starter for four days according to the schedule outlined by The Kitchn. I knew my starter wasn’t supposed to be ready to bake with just yet, but when I looked at it, smelled it, and tasted it, I knew. I threw together this loaf of no-knead overnight sourdough from Baked and went to sleep with low expectations. In the morning I shaped the dough into a quick mass, popped it in my Dutch oven, and spent the next week obsessing over how perfect it was. I replaced my husband and my cat on phone’s lock screen with a photo of the bread. I thought about it constantly and told everyone who would listen that I had made perfect sourdough at home. I felt sure I would do it again.

I had a starter at home back when I was baking professionally. I kept it alive but never used it, and eventually I let it die. Sometime last winter, again overtaken by boredom and a feeling of inadequacy, I tried to start a new one. It never took, and I decided that I was just fine baking with commercial yeast. Over the past year, I’ve baked a lot of bread, and felt the siren song of sourdough calling to me again. It was probably after I read another article about the brain fog supposedly caused my commercial yeast, or maybe I just wanted to eat more bread and have a reason to feel better about it.

I bought the Tartine bread book and started to tackle the holy grail of sourdough recipes: their basic country loaf. I tried it four times. After the first failure, I went back to a different recipe with a longer bulk ferment and made this country loaf with walnuts and raisins. It was pretty good fresh, if a little dense, but it didn’t keep well. I used the leftovers to make croutons and then made Tartine’s kale salad recipe, which my husband hated.

After the second and third failed Tartine loaves, I composted all of my starter, which seemed somehow weaker than it had been in its infancy. Fortunately, I had given some discard to a friend, and under her care it was flourishing. I took a break from baking bread, but took some of her starter home with me and fed it for a week. Then I tried the Tartine recipe again, following every instruction, making sure it was perfect.

While it was less abysmal than previous failures, it just wasn’t good bread. It had a barely perceptible ovenspring, a too-thick crust, and a dense interior. I didn’t even a take a picture. I was angry, and felt betrayed. By this point, I was ready to give up on my starter again. But I had also made a delicious batch of sourdough brownies with some recent discard, and some excellent pancakes. So I decided to return to that first Baked loaf.

Was it the shining, perfect example the first loaf had been? No. But it was very good. It was delicious straight from the oven, and made wonderful toast for almond butter banana tartines the next morning. It gave me the hope I needed to continue taking up too much time and space in my life for baking bread.

There are no recipes in this post, because sometimes, when you’re going through the trials of sourdough baking, you don’t need another list of the same baker’s percentages. You need to feel less alone.

iThere are no comments

Begin typing your search above and press return to search. Press Esc to cancel.